"Staggering...a fascinating, wide-ranging narrative"* of the birth of the modern world 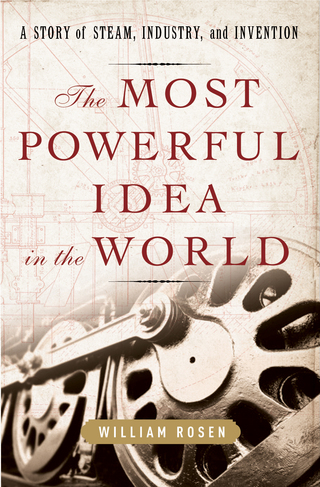 In less than a century, in a single place, human welfare and prosperity, which had barely changed in the preceding 10,000 years, entered an era of sustained and explosive growth that continues to this day. The moment did not occur in 2nd century Alexandria, or 12th century China, or Renaissance Italy, but in 18th century Britain; and, as William Rosen chronicles in his extraordinary new history, the reason was the power of an idea: that inventors should have ownership of their inventions.

The Most Powerful Idea in the World is the story of that idea as expressed in the “biography” of a single invention: the steam engine. How it came to be born; how it grew to power factories, drive other inventions, and carry people and freight, by rail and by sea. Along the way, Rosen introduces readers to a giant cast of larger-than-life characters, including:

• The brilliant Oxford polymath Robert Boyle, whose experiments with vacuum were as critical to the first steam engines as his founding of the world’s first scientific society;
• The medieval monastic order that almost revolutionized the manufacture of iron…and the Shropshire metalworkers who did;
• The London toolmaker Henry Maudslay, who first demonstrated how to incorporate precision into mass production;
• Scotland’s artisan-scientist James Watt, who gave Britain the first steam engines that could not just drive pumps, but turn wheels…and became his nation’s hero;
• John Fitch and Oliver Evans, who inspired America’s founders to make the promotion of invention a part of the new nation’s constitution.

Erudite and persuasive, Rosen’s narrative shows how the fuse for the invention explosion of the 18th century was ignited in the 17th: by the scientist and diplomat Francis Bacon, who first defended a national responsibility for investment in research; by the jurist Edward Coke, who wrote the world’s first patent law; and by the philosopher John Locke, who championed the right to own one’s ideas.

The Most Powerful Idea in the World is not simply a description of how coal burns, gears engage, and steam condenses; not merely a primer on metallurgy, textile manufacturing, mechanical engineering, legal theory, and economic history. It is a dazzling and thought-provoking narrative of the moment when a generation of English artisans became the most inventive population in human history.

The Most Powerful Idea in the World has been chosen as an Alternate Selection of the History Book Club, BOMC2, and The Military Book Club 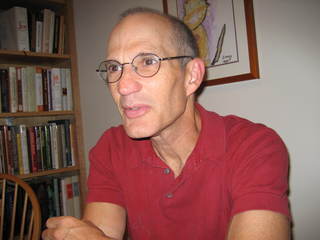 From William Rosen, the author of:

Contact the publisher's Publicity Department for review copies, or to schedule an author appearance

From Powells.com
From BarnesandNoble.com
From Amazon.com
Find an IndieBound bookstore